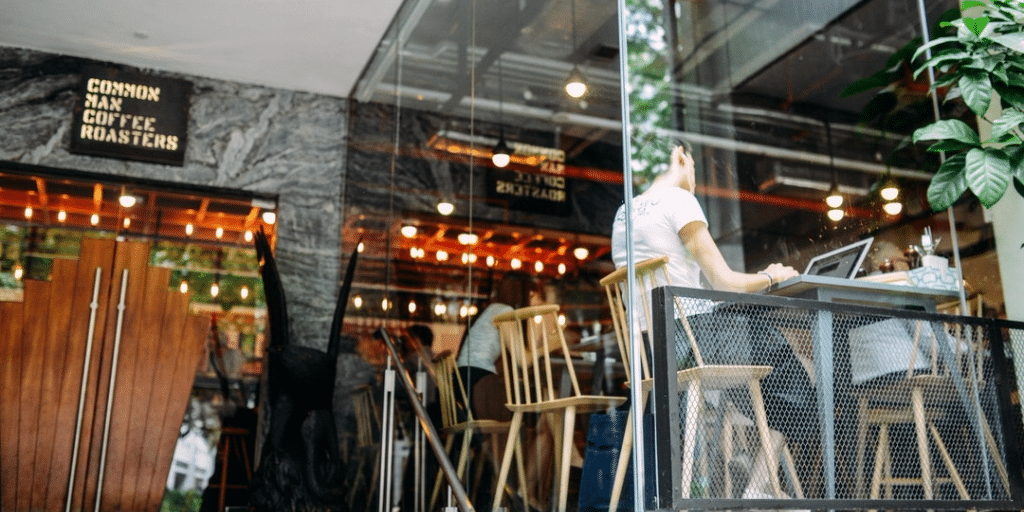 Ben Martinez is the VP for HR at HireVue and has some thoughts he wanted to share with us on the employer review site Glassdoor. He’s also passionate about great coffee which you’ll find out in this interview.

Have a listen to our chat below, keep reading for a summary and don’t forget to subscribe to the Employer Branding Podcast.

Who are you and what you do?

I am the VP of HR at HireVue, which is a video intelligence company, so it’s video for recruiting and training and helps companies discover their top talent. I’m also starting and launching a coffee business, Sumato Coffee Company, recently launched in the U.S. Once we get things figured out, we’ll go internationally.

What’s your take on Glassdoor?

I find Glassdoor to be a helpful tool, and in theory, the concept is great, opening up the other side of the candidate experience, what a candidate goes through, and giving them a voice in being able to talk about the experience they had with a company. Or if they’re current employees, being able to talk about the experience they’ve had. In theory it does seem to work out, but as a practitioner in building employment brands, I find the practice of it doesn’t play out as what the tool is intended for.

I shared on Facebook, “Glassdoor is equivalent to the corporate version of cyberbullying.” My point of that is the verification process is a mystery in terms of who can comment on your company’s Glassdoor page. They can be a candidate, or they can claim to have worked at your company at some point and then decide to write a Glassdoor review. But it’s a mystery if they actually did work there. The reason why that becomes a problem is that you will have people that’ll make a claim about your company that is without merit, and they will say something that is completely not true. There’s a completely other side of the story, but you’re boxed into this corner of the comment on your page, and they become very hard to take off.

I am all for good feedback and saying how it is, but there are times where anybody could make a comment about your company, and then it can be not well thought out. Sometimes, you’re not even sure if the person actually worked there or even had an experience. It could be a troll out there bullying your company. That’s why I call it the corporate version of cyberbullying. Somebody with ill intent could go after a company and really cause havoc for them without actually having a bad experience at that company.

Is there any way to verify if someone was actually in employment or in a recruitment process?

One of the verification methods is they require a company email. So a current employee at that company will have to have the company’s email to prove that they work there, which makes sense. But then the part that gets a little bit of a mystery is the former employees because they can just claim that they worked there. But to my knowledge, it does not match their LinkedIn or anything like that, or maybe the person does not have a LinkedIn. So they could just say that they did work there and maybe they did not work there, and they can make a claim. So as it stands, we have comments on our Glassdoor where I’m not 100% certain if that person actually ever worked there. They just made a comment about our company. It’s not overly bad, but it’s not really a good one, and you just think, “Well, I’m not sure why this person feels that way” So where it becomes a mystery is the past employees and how they verify they actually work there.

Can we really blame Glassdoor for this?

If there’s a negative review, if we deserved it, then give it to us. I think where Glassdoor could do a better job would be taking more accountability at verifying that the review came from an actual former employee. That way there’s more truth to the whole process, and people can get a real view of what that is. That’s where I would put more accountability on their part.

We had a candidate come in a few weeks back, and he made a claim on our Glassdoor page. He was here for probably three hours for an interview, and he made a claim. He called us white America, he made claims about us being racist, that we had a draconian work environment, and we only allowed 10-minute work breaks.

This candidate was completely crazy. We get this thing on our Glassdoor page that gets sent out because a lot of our employees and customers follow our Glassdoor page. My team has to immediately look into this, and we get with Glassdoor, but it takes roughly seven days for them to take that comment down, which they did. They worked with us on that, but my point is that it was up there, and people saw it, and we took it down. And then there’s a lot of chatter in the office about, “Wow. What was that review about?”

Why does it work well employers like HomeServe and L’Oréal and not so well for others?

We don’t do the paid version of Glassdoor, and it still has worked well for us. We take a lot of pride in our Glassdoor page, and that’s probably why I get so passionate about it. How it works well for other companies is, first of all, you’ve got to complete the profile out about your page – be as transparent as you can about sharing everything. But you’ve got to respond and be authentic in your responses because people can see through that. As you do this, you expect some bad reviews and take it as feedback. We’ve had reviews where it was our bad, and we did not treat the candidate right in the experience so we apologized on there. We’ve even sent some candidates a little package, our apologies on your experience.

Then we’ve had the really good examples that you get out there where people give rave reviews, and they’re really a big fan of what you do. How these companies have been successful is, it will never be as awesome as the page reveals itself to be, and it will never be as bad as the pages reveal itself to be. Somewhere, there’s a middle ground, and I think that these companies are just real in how they respond to these questions and what they say about it. If you get a bad one, just own up to it, “Yep, that was our bad, and we apologize for how we treated you in that process,” Then the ones that deserve a better response, if it wasn’t your bad then I think it’s okay to stick up for yourself.

I’ve had a good experience with Glassdoor and how they’ve approached us with it. Obviously, they want our business, but they do tend to take an approach of, “Here’s your information. If you want to do something more with it, you have to give us money.” but our score is 4.5 out of 5. There’s not a lot they can really say that will make a difference. I’m not opposed to paying, but we’re a smaller, mature startup. We don’t have a lot of budget.

Are there any other alternatives for employees wanting some transparency about the experience of working there?

The one we use a lot is called Comparably, think of it in a similar fashion as Glassdoor, except you can rate the CEO, you can rate the company, and you can do a lot of things in terms of rating. What I like about it, is it breaks it down into an individual level, with more diversity. So you can find out the percentage of people that rate your CEO who are female. Maybe they rate your CEO, they really like him, and it’s 95%. But maybe the men dislike him, and it’s 58%. Obviously I’m making these numbers up, but I like it. It gives you a deeper look than Glassdoor. It does a good job of focusing on the diversity of how things are being rated. The comments are not as anonymous. You can still get really good feedback, but they can be really targeted at areas you can improve, versus someone just randomly making a comment about how bad your coffee is in the workplace.

What do you think is next for Glassdoor and employee review sites?

They’re getting a lot of data and a lot of insight that’s just continually building. There are still companies that are sending out annual employee surveys and engagement surveys. I think what’s next is they can turn this into an ongoing engagement tool where they can start to get a real-time pulse of how a company is doing, what people really think real-time. They’re collecting real data from people that is always ongoing, versus the company-administered survey that becomes static.

That’s where they will use this data for a lot of other things. LinkedIn’s now been acquired by Microsoft, but I see LinkedIn and Glassdoor being able to play really well together. I know they used to not like each other for a while, but that’s been four or five years back now. They are both in the same area, and they hold a lot of data about employees, so there’s a lot of stuff you can share.

“Adventure” isn’t just something Royal Caribbean Group offers its customers. It’s also a love shared by its employees, as well as the key to the brand’s exceptional success at engaging new and diverse talent. How do you find the perfect... 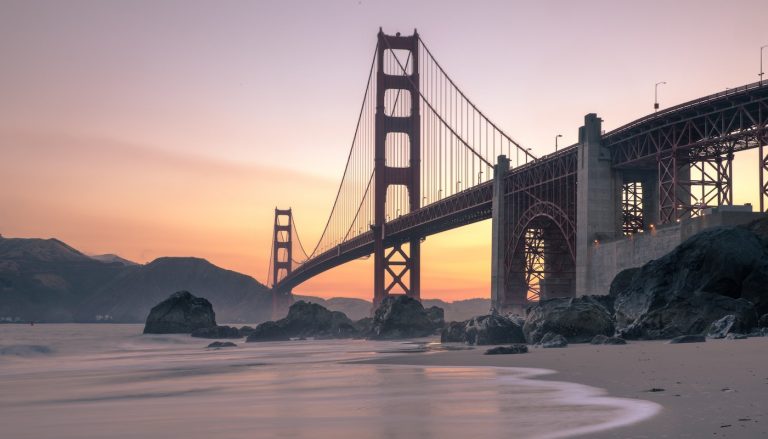 5 Traits That Define the Employer Brand of Salesforce

Salesforce, the US tech company responsible for one of the world’s most popular CRM platforms, has earned more than 80 awards for its workplace culture. Its team has more than tripled in size in the past five years. Employer brand... 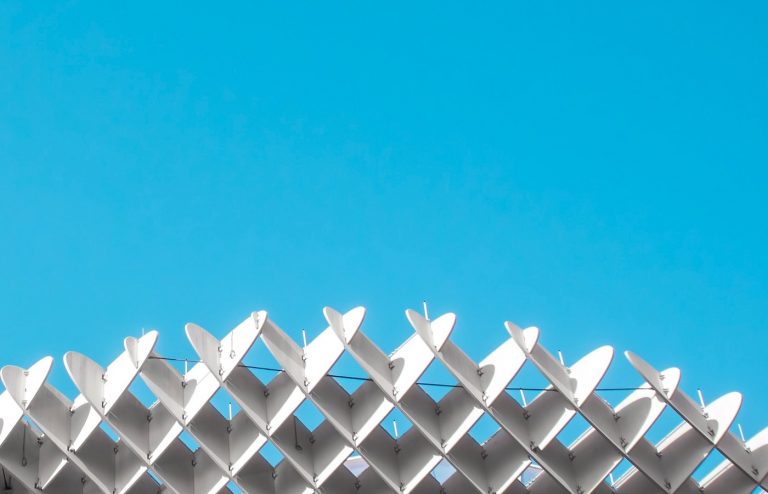 When reaching out to a new talent market, your existing recruitment marketing strategy may not cut it. New markets bring new competitors, new biases, and new questions to answer with your messaging. How can leaders in recruitment marketing and employer...
This website uses cookies to improve your experience. We'll assume you're ok with this, but you can opt-out if you wish. Cookie settings ACCEPT
Privacy & Cookies Policy